When you think about playing pond hockey, you might remember the freezing cold and crisp air, your friends and the joy of lacing up outdoors.

Canadian country music singer and songwriter Mike Plume has turned a his 2008 song More than a Game, about his old hockey memories, into a children’s book of the same title.

“Playing hockey on the frozen ponds and the cold cheeks,” Plume said.

“The feel of snow on your eyelashes and taking your skates off at the end of a long Saturday afternoon on the outdoor pond and sliding your feet into cold Ski-Doo boots.” 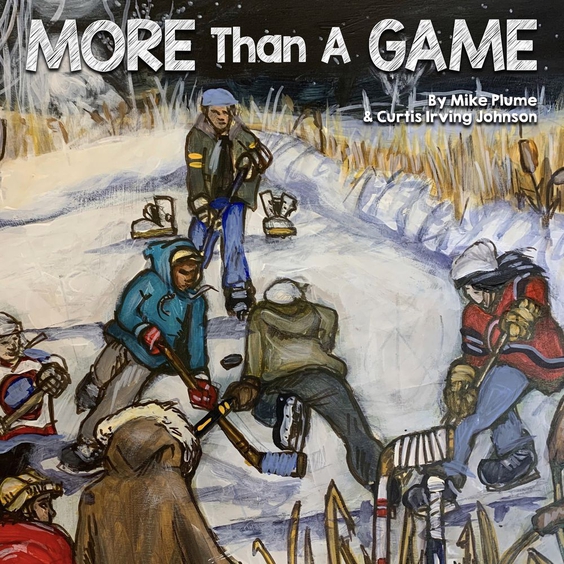 “I ran into him at Canadian Tire,” Plume said. “I said, ‘So nice to see you. Do you live in the neighborhood?’”

He said they swapped numbers, went for a beer and chatted about the idea for the book. The two teamed up and Johnson got started.

“First thing I did, I got the song. Wrote all the lyrics down in sketchbook — kind of like a movie storyboard,” Johnson explained. For inspiration, he said he channeled his childhood memories of playing hockey on a family farm near Valleyview.

“In the winter, we’d go scrape the dugout and play hockey till our feet were frozen,” Johnson said. “The neighbours and cousins would come over and we’d play some pond hockey.”

It’s a reminder of the simpler times in these current trying times. That’s why Plume feels More than a Game is aimed at more than kids.

“When mom or dad is reading it to their kid, I want them to be transported back as well,” Plume said.

“I say it’s a kids book — but as much as it being a kids book, I want it to make you feel like you felt when you were a kid.”